The exact ratio of the components of soils depends on various factors like geographical location and the past treatment of soil – by humans, by climate, by time. 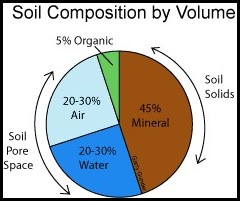 How is Soil Formed?

Soil formation is a process taking many thousands of years. 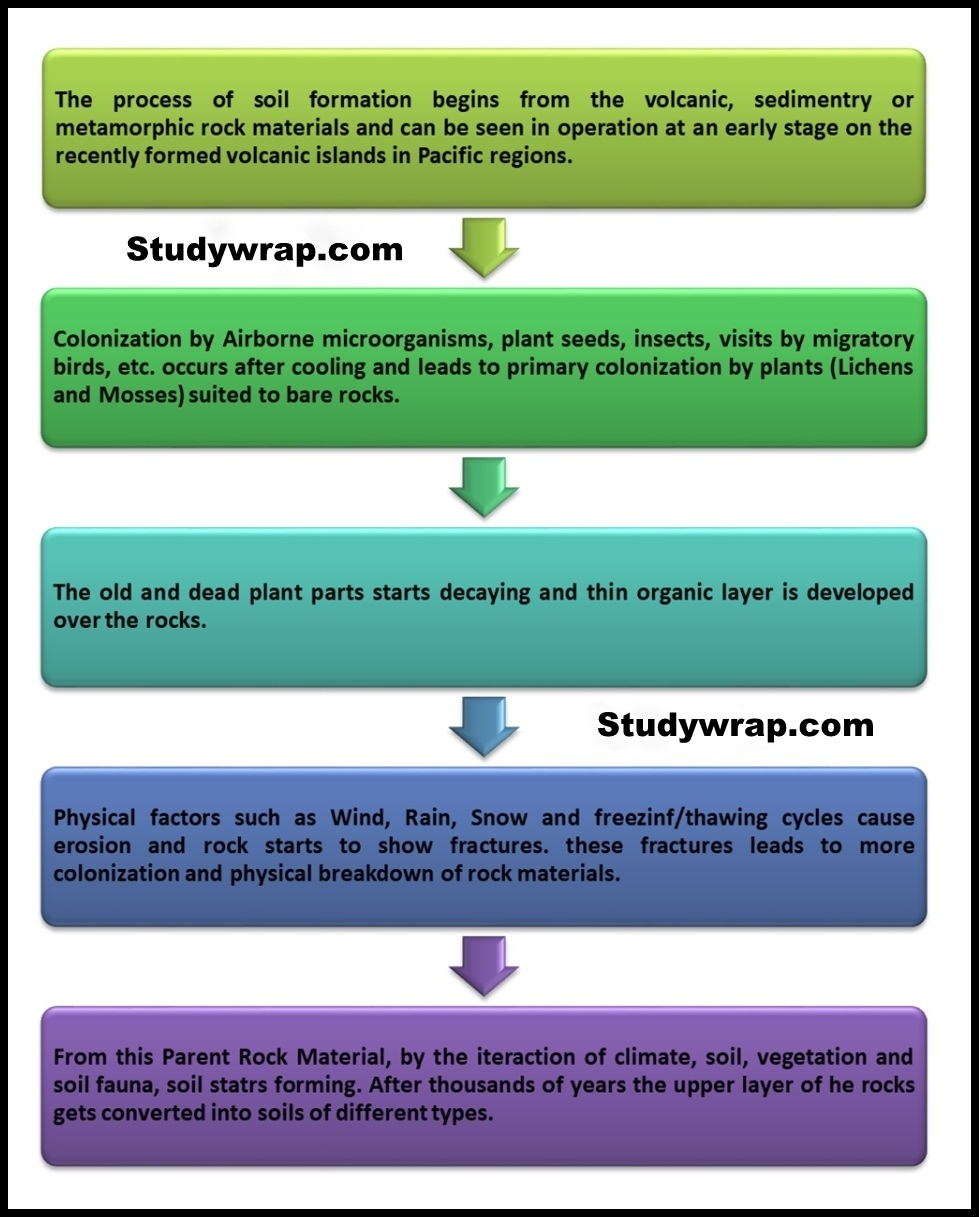 The above-explained conversion from rocks to soils happens via four basic processes, these soil forming processes are:

a. Accumulation of materials or Addition of Material

Materials are added to the soil such as organic matter and decomposing materials or new mineral materials deposited by the forces of ice, water or wind and they accumulate over time. Most additions occur at the surface. The most obvious ones include solar energy, water controlled by climate, and organic material derived principally from the vegetation. Some plants with the help of bacteria fix atmospheric nitrogen and ammonia compounds into the soil as nitrates.

b. Leaching and losses

Through the movement of water, wind, ice or the uptake of the accumulated materials by plants, the new particles including clay, organic matter, silt or other chemical compounds are leached and eroded away or taken up from the soil by plants. As a result, the physical and chemical compositions of the new accumulated materials together with the soil parent material are altered. Losses occur both from the surface and from the deep subsoil. Materials suspended or dissolved in water are the main forms of losses from the subsoil. A prime example is the leaching out of some carbonates, magnesium and other minerals.

It refers to the physical movement of material within the soil. The material can be in the solid, liquid or gaseous form, the movement can be in any direction from and to any horizon. Podsolization takes place when strong acidic solutions breakdown the clay minerals. Accordingly, aluminium, silica and iron form complex materials together with organic compounds in the soil. They commonly move from the surface horizon to a subsurface horizon. Conversely, in very dry climates salts are moved upwards in solution by capillarity, and in very cold climates solid mineral fragments are moved upwards by frost action.

Here the soil particles held in the suspension after the leaching such as clay are transformed after which they accumulate. Transformation is the chemical weathering of silt, sand, and the formation of clay minerals as well as the change of organic materials into decay resistant organic matter.

After, the clay and other accumulated materials are washed from the upper horizons and deposited in the lower horizons. The plants and animals are also responsible for transformation of the soil by physically and chemically breaking down the materials. The soil begins to take shape on its own through transformation, which improves natural drainage and nutrient composition. 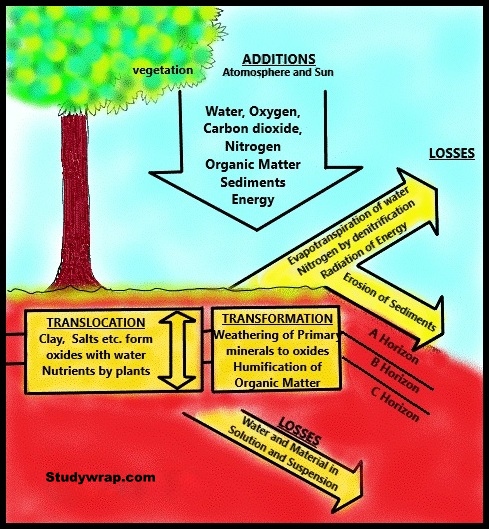 All these processes occur to a greater or lesser extent in all soils. The properties that characterise one soil are the result of a particular balance among all the processes.

The two driving forces for these processes are:

Factors that Affecting soil formation in Indian Conditions are

b. Topography (Relief, Altitude and Slope) 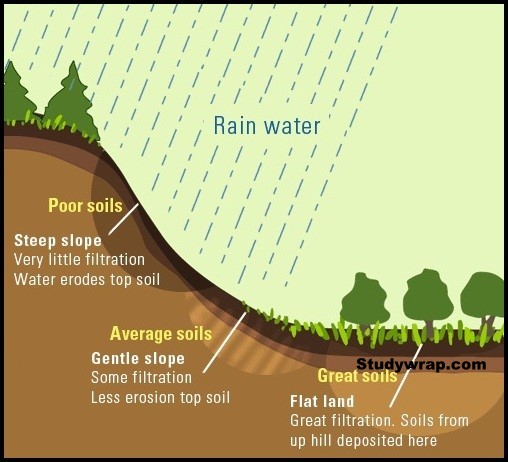 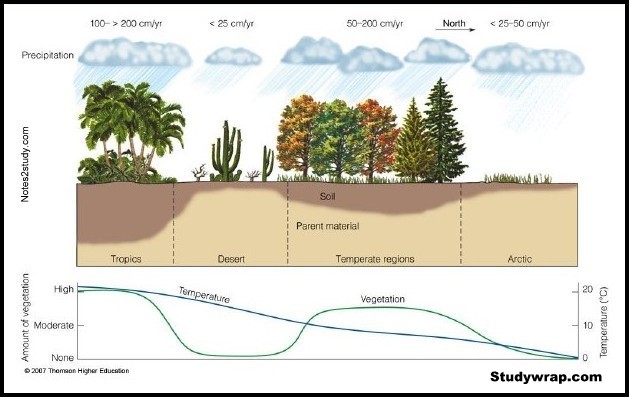 In arid and semi-arid regions, soils are of Light color –

In areas of heavy rainfall and high temperature, the soils are red or lateritic –

That’s it for this introductory post on Soil and Composition and Factors affecting Soil Formation.

In the next post (Click here), we would study in detail Soil Profile, Characteristics and Types of Soil in India.

Soil - Soil Profile, Characteristics and Types of Soil in India