The North and North Eastern Mountains Geographers has divided northern and north-eastern mountains on following basis –

A. Physiographic Division of Himalayas

a. The Shiwalik range

Formation of duns or duras

b. The Middle or Lesser Himalayas 3. The Eastern Hills or the Purvanchal

B. Regional Division of Himalayas a. The Kashmir Himalaya

b. The Himachal Himalaya 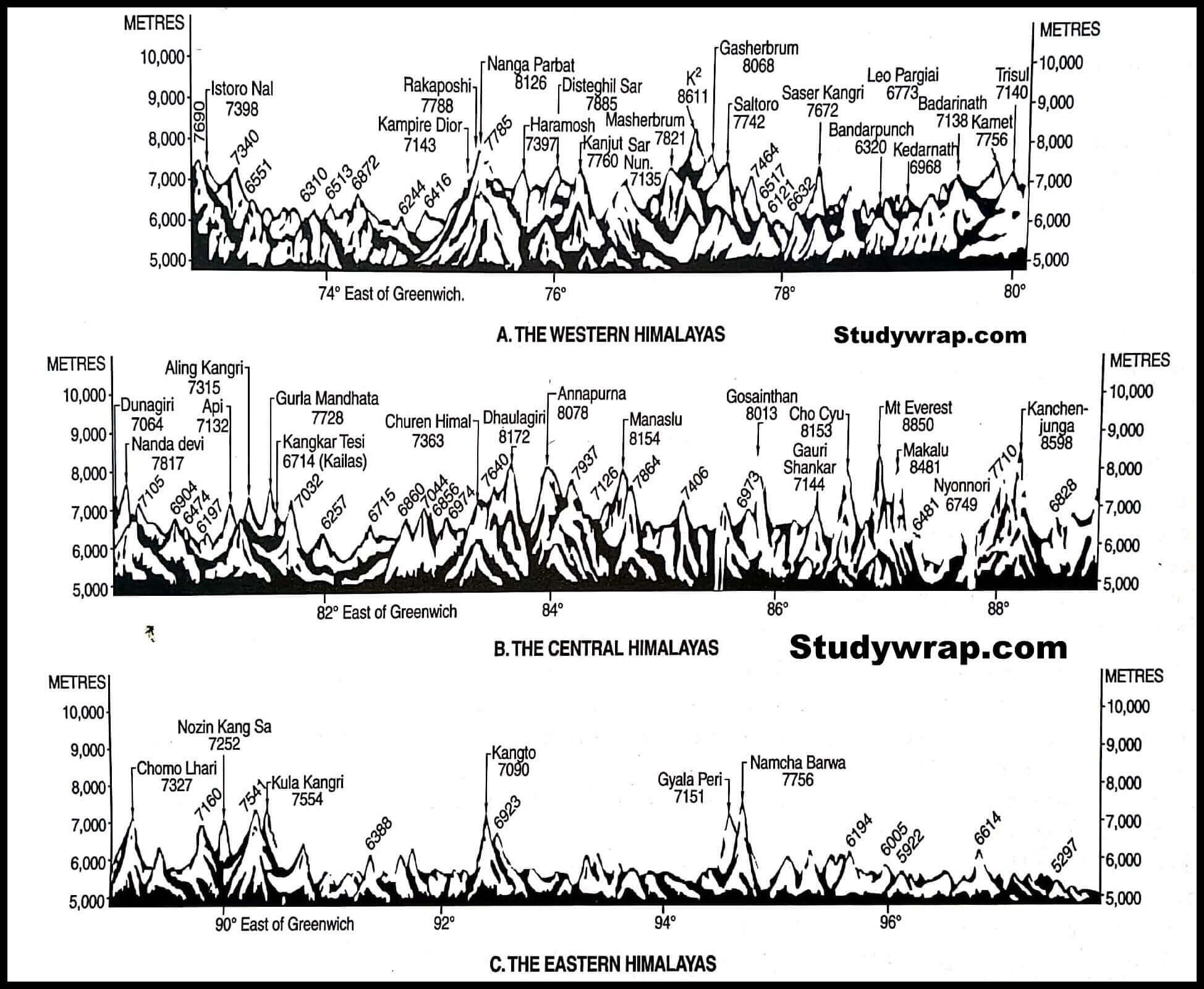 Stretches from Indus to Kali river

The higher peaks are further from Plains and number of ranges lies between peaks and plains.

Hence to highest peak Mount Everest and Kanchenjunga are not far away from plains.

So, this is all about Physiographic and Regional Division of Himalayas or Northern mountains of India.