What does it Means? 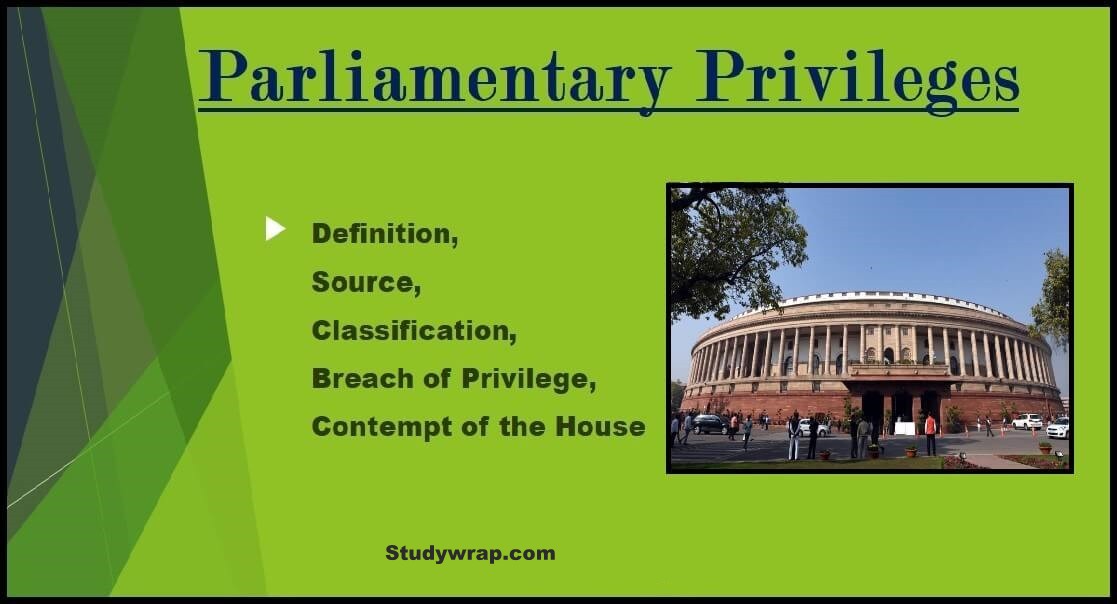 Breach of Privilege and Contempt of the House

When any individual or authority disregards or attacks any of the privileges, rights and immunities, either of the member individually or of the House in its collective capacity, the offence is termed as Breach of Privilege and is punishable by the House.

Contempt of the House

Any act or omission which obstructs a House of Parliament, its member or its officer in the performance of their functions or which has a tendency, directly or indirectly to produce results against the dignity, authority and honour of the House is treated as a contempt of the House.

So, this was all about the Parliamentary Privileges and its Sources, Classification etc.

In the Next Post (Click Here), we will learn about the Roles and Functions of the Parliament.

Types of Funds in Constitution of India

Roles and Functions of Parliament of India