Mode of Reproduction in Bacteria

·  Bacteria are the simple, tiny, and the most effective life form on earth. They were first discovered by Anton Leeuwenhoek (1676). In the five kingdom classification, they are placed in Kingdom Monera.

·  Three types of reproduction are known in bacteria. These are – 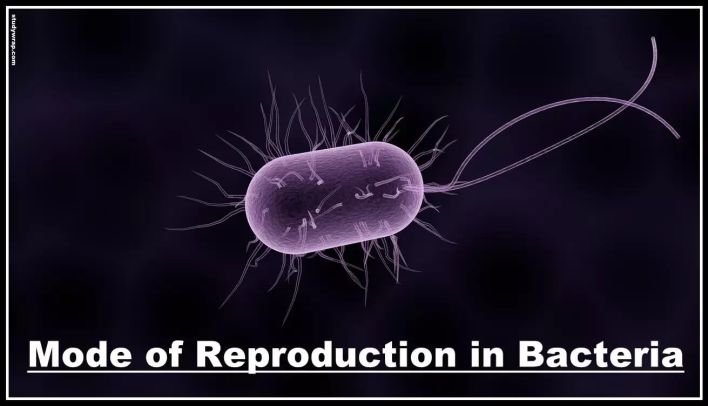 · In this type of reproduction, a small protuberance called bud, develops at one end of the cell. Genetic material replication follows, and one copy of the Genetic material gets into the bud.

· Then the bud grows, finally become a daughter cell and gets detached from the parent cell.

· It is a rare method of reproduction and is reported in Bigidi bacterium-bifidus. 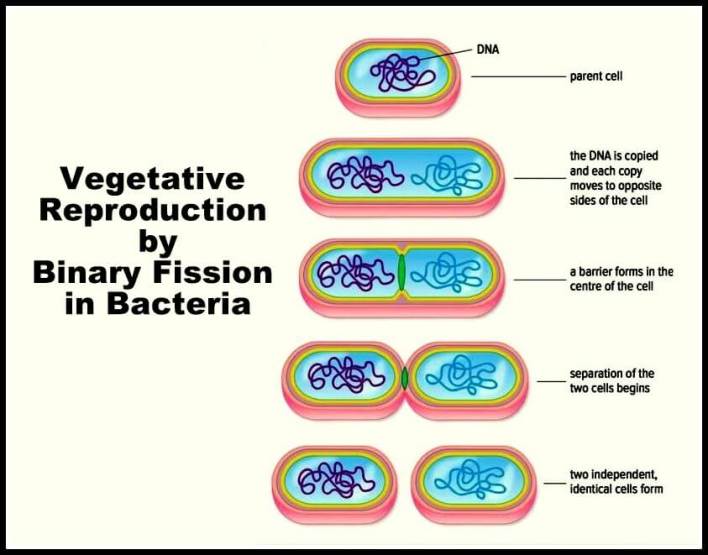 · It is the most common type of reproduction in bacteria during favourable conditions. It is similar to amitosis. Here bacterial cell divides into two by constriction in centre. At the same time nuclear material elongates and divides into two equal halves probably helped by mesosome.

· In this process, the cytoplasm and the nucleoid divide equally into two without mitosis, and the two daughter cells formed are identical to each other; hence the name binary fission.

· The whole process of binary fission involves two steps — Genome replication and Septum formation. Both the events occur simultaneously and are triggered by a mesosome.

· The cytoplasm now undergoes a transverse centripetal constriction in the middle to form two daughter protoplasts, each having a nuclear body.

·  Bacteria reproduce with the help of several types of asexual spores such as sporangiospores, conidia and endospores etc. The most common mode of asexual reproduction is binary fission.

·  It occurs by following means – 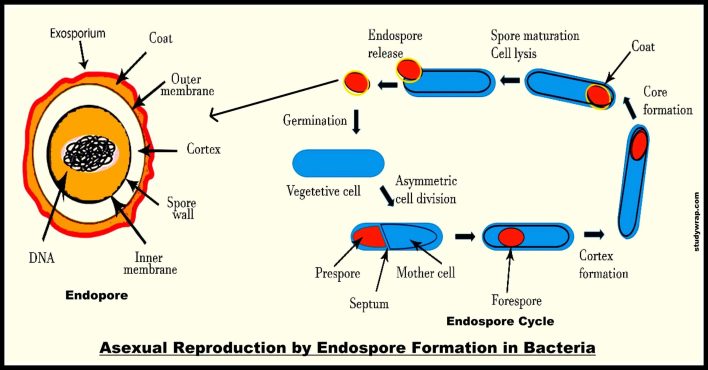 · The formation of conidia takes place in filamentous bacteria such as Streptomyces through the formation of a transverse septum at the apex of the filament.

· The part bearing the conidia is called the conidiophore and after it is detached from the mother cell, in a suitable environment, it germinates giving rise to new cell. This type of asexual reproduction is also called fragmentation.

· In this case, the bacterial cell produces a number of flagellated daughter cells within. These daughter cells are also called as swarmer. The cell wall of parent cell ruptures, releasing gonidia or zoospores. Motile spores are formed in Rhizobium bacteria, but are rare in other bacteria.

·  There are 3 main methods of genetic recombination – 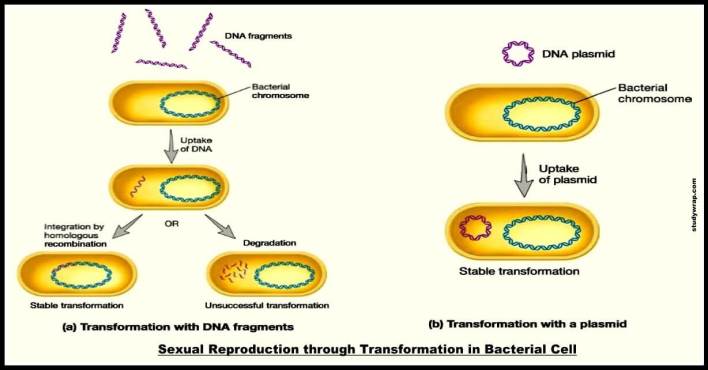 · This was first studied by Griffith (1928) in Diplococcus pneumoniae and hence is known as Griffith effect. Later on it was studied in detail by Avery, McCarty and Mcleod. 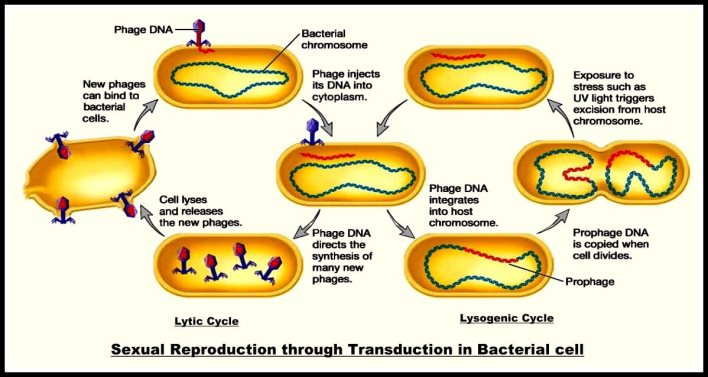 · Transduction was first of all reported in Salmonella typhimeurium by Zinder and Lederberg (1952).

· The process also occurs in E.coli and a number of other hosts. A virus may pick up gene of the host in place of its own gene during its multiplication in the host cell. Such a virus is never virulent. It passes over the gene of the previous host to the new host. 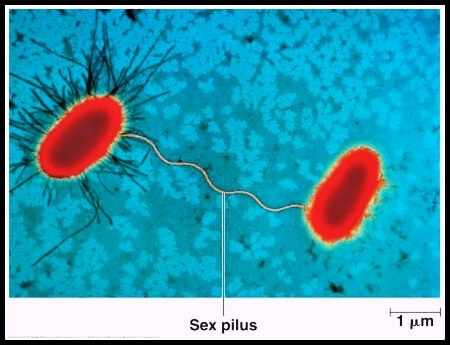 · Conjugation was first reported by Lederberg and Tatum (1946) in E. coli bacteria.

· Here cell to cell union occurs between two bacterial cells and genetic material (DNA) of one bacterial cell goes to another cell lengthwise through conjugation tube which is formed by sex pili.

· If these two types of cells happen to come nearer, a pilus of a male cell establishes a protoplasmic bridge or conjugation tube with the female cell. It takes 6-8 minutes for the process to complete.

· In donor cell, F-factor may unite with main genome or nuclear DNA and this donor cell is called Hfr-donor cell (High Frequency donor cell) and here transfer of DNA is rapid. It results in expression of new phenotype in recombinant cell.

So, this was all about the Mode of Reproduction in Bacteria – Vegetative, Asexual and Sexual. If you want to read more notes of Biology Click Here. In the Next Post (Click Here) we will learn about the Difference between Gram Positive and Gram Negative Bacteria.